The Inversion of Totalitarianism

Traditional totalitarianism conjures images of jack-booted storm troopers, death camps and Stalin-like regimes. In recent years a new variety of totalitarianism has emerged departing from the norm. Noted political theorist Sheldon Wolin calls it “the inversion of totalitarianism” and that it “represents the political coming of age of corporate power and political demobilization of the citizenry. Unlike classical totalitarian systems which openly boasted of their intentions to force their societies in a preconceived totality, inverted totalitarianism is not expressly conceptualized as an ideology, nor is it objectified in public policy. It is unaware of the actual consequences of their actions or their inactions.”  Corporations have de facto power and have carried out a slow-motion coup d’état. How to resist? Wolin says it starts at the local level. 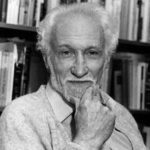 Sheldon Wolin was an important political scientist and award-winning scholar. Cornel West called him, “The greatest political theorist of and for democracy of our time.” He taught at UC/Berkeley and Princeton. He was the author of Politics and Vision and Democracy Incorporated: Managed Democracy and the Specter of Inverted Totalitarianism. He passed away in 2015.

Be the first to review “The Inversion of Totalitarianism” Cancel reply