The TPP: A Corporate Deal

The TPP, the Trans-Pacific Partnership, is a pact among 12 countries: The United States, Australia, Brunei, Canada, Chile, Japan, Malaysia, Mexico, New Zealand, Peru, Singapore, and Vietnam. Strongly pushed by Washington, it is hailed as a “free trade” agreement. But the deal has little to do with free trade. Rather, the TPP is about limiting regulation. It takes away the power of governments to protect the environment. It’s an investor rights agreement and includes special protections for corporations that offshore jobs to low-wage countries. The TPP is part of the neoliberal project to maximize profit and domination, and to set working people in the world in competition with one another so as to lower wages. There is still time to prevent its passage. As Bernie Sanders says, “Now it’s on us to stop it from becoming law.” 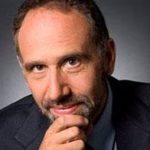 Dean Baker, a former professor of economics at Bucknell University, is co-director of the Center for Economic Policy Research in Washington, D.C. His articles appear in the Guardian Unlimited and TruthOut. He is the author of Getting Back to Full Employment and False Profits.

1 review for The TPP: A Corporate Deal