Palestine: After the Last Sky

Mahmoud Darwish, the national poet of Palestine in a famous couplet asks, “Where should we go after the last frontiers, where should the birds fly after the last sky?” For many displaced Palestinians Darwish speaks to their dilemma. Where should they go? The role of the U.S. in the conflict is enormous. It is heavily biased in favor of Israel. No matter who is in the White House support for Tel Aviv is unwavering. Witness Washington’s defying international law by moving its embassy to Jerusalem. The Palestinian narrative is rarely heard and when it is it is muted and represented by non-Palestinians. Yet, despite more and more settlements, collective punishment, housing demolitions, walls and barriers Palestinians still resist being occupied. One State? Two State? No State? Can Palestinians and Israelis find a viable path to genuine peace based on justice? 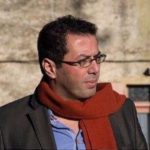 Ramzy Baroud is a journalist and editor of the Palestine Chronicle. He is a Non-Resident Scholar at Orfalea Center for Global and International Studies, University of California, Santa Barbara. He is the author of My Father Was a Freedom Fighter and The Last Earth.

Be the first to review “Palestine: After the Last Sky” Cancel reply