Jordan’s borders were drawn by British imperial cartographers after WW1. It was then called Trans-Jordan and sparsely populated. Today, it has a large Palestinian population, many of them refugees from the naqba, catastrophe, of 1948 and the 1967 war. In recent years it also has had a huge influx of refugees from Iraq and Syria. Jordan is ruled by a hereditary Hashemite king who has absolute power. There are internal tensions in the country that so far have been kept under control. The Palestinians, lack political power but dominate the economy. The kingdom’s alliance with the U.S. makes some Jordanians very uncomfortable. Jordan’s neighbor Israel, the highest recipient of U.S. aid, continues to build more settlements on Palestinian land in defiance of international law while Washington approves. The Middle East and U.S. involvement in that region continues to be a major source of global instability. 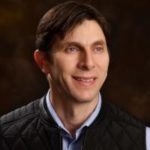 Rami Barhoush is an activist and president of the Arab Group for the Protection of Nature, known as APN, based in Amman. Jordan.