Dark Ages in the U.S.

From the boarded up storefronts to foreclosed homes to the homeless and unemployed, the signs of decay in the U.S. are all too apparent. The political class pretending to care about the 99% have little to offer beyond boilerplate rhetoric. We hear about the virtues of hard work. If only there was work to be had. From the White House to the state house citizens are treated to a smorgasbord of slogans all capped with God Bless America. Abroad, the imperial war machine grinds on. State of the art warships rule the seven seas. An air force, second to none, commands the skies. Meanwhile back in the homeland there are signs the servants are getting increasingly restless. Occupy Wall Street might rock the structures of power sufficiently to generate the radical change so urgently needed. 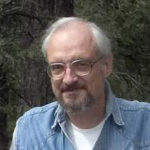 Morris Berman is a cultural historian and critic. He has taught at universities in North America and Europe.  He is an award-winning author. Among his many books are Twlight of American Culture, Dark Ages America, and Why America Failed.

2 reviews for Dark Ages in the U.S.