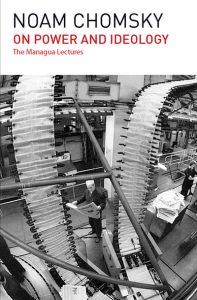 On Power and Ideology: The Managua Lectures

One of Noam Chomsky’s most accessible books, On Power and Ideology is a product of his 1986 visit to Managua, Nicaragua, for a lecture series at Unversidad Centroamericana. Delivered at the height of U.S. involvement in the Nicaraguan civil war, this succinct series of lectures lays out the parameters of Noam Chomsky’s foreign policy analysis.

The book consists of five lectures on U.S. international and security policy. The first two lectures examine the persistent and largely homogenous features of U.S. foreign policy and overall framework of order. The third discusses Central America and its foreign policy pattern. The fourth looks at U.S. national security and the arms race. And the fifth examines U.S. domestic policy.

Be the first to review “On Power and Ideology: The Managua Lectures” Cancel reply