Many people see the crisis posed by climate change clearly but governments, largely influenced by money coming from coal, oil and natural gas corporations, do not act. Huge demonstrations from New York to more than 150 cities all over the world indicate that people want action on climate change now. Germany is leading the way with solar technology. Prices are coming way down. China is investing more in renewable energy than the U.S. And in an extraordinary development, the Rockefeller Brothers Fund is divesting from fossil fuel companies. The historical significance can’t be missed. It was John D. Rockefeller who, a century ago, began Standard Oil, the precursor of Exxon Mobil. In addition to the Rockefeller move more than 800 big investors have pledged to withdraw $50 billion from fossil fuel investments. It’s a symbolic and substantive victory. 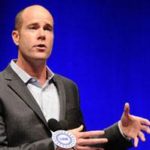 Michael Brune, an environmental activist, was an organizer for Greenpeace. Later, he headed up the Rainforest Action Network. He is currently the Executive Director of the Sierra Club. He spearheaded the Beyond Coal Campaign. He is author of Coming Clean: Breaking America’s Addiction to Oil and Coal.