Another NAFTA: What a Good Agreement Should Offer

NAFTA, the North American Free Trade Agreement, was signed by leaders of the United States, Canada and Mexico in December. It has yet to be enacted into law. Free Trade issues are critically important to the futures of all three countries, yet media coverage is spotty at best. NAFTA advocates herald it as a harbinger of prosperity. Critics say that if NAFTA is not substantially restructured that it will have a negative impact on the environment, jobs and wages. 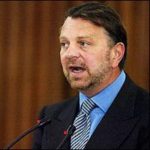 Jorge Castaneda is one of Mexico’s most distinguished political economists. He is currently visiting scholar at the Woodrow Wilson Center for International Studies at Princeton. He is the author of The Limits of Friendship: The U.S. and Mexico.

Be the first to review “Another NAFTA: What a Good Agreement Should Offer” Cancel reply