A new global economic order is coming into focus. The political empires of old are being replaced by giant transnational corporations, TNCs. A 1993UN report says, “The universe of TNCs is large, diverse and expanding,”and that they “are increasingly potent features of the world economy.”Reflecting the mobility of capital, national boundaries are less and less relevant. While corporate headquarters may be in New York or Tokyo, production facilities are in Indonesia or Thailand, and banking operations are in Panama or the Bahamas. The growth of TNCs is spurred by sophisticated communications technologies such as electronic money transfers which are difficult to control and regulate. Thus profits vanish into the ether and are untraceable. 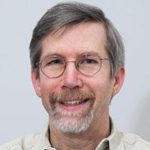 John Cavanagh is a specialist in international trade, economics and development issues. He is a Fellow at the Institute for Policy Studies and the Transnational Institute in Washington, D.C. He is the co-author of Global Dreams: Imperial Corporations in the New World Order.