Among the many issues plaguing South Asia none is as violent and deeply contested as Kashmir. The major unresolved issue of the disastrous British partition of India in 1947, Kashmir has been the site of wars and the threat of wars, and probably the world’s longest and most extensive military occupation. India brooks no international meditation to address the problem. What’s the problem? A lot of Kashmiris don’t want to be part of India. They didn’t in 1947 and they don’t, probably in even larger numbers, today. The U.S., champion of human rights elsewhere, is keen to access a major growing market, thus says nothing of what India is doing in Kashmir. Its silence is becoming harder to maintain as now the earth is revealing dark deep secrets of Indian rule in Kashmir. The thousands of dead and missing are making noise. 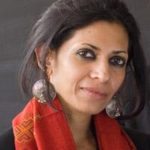