This is a special program on the Salvador Allende Popular Unity government in Chile during the years 1970-1973. The election of the democratic socialist Allende on September 4, 1970 set off panic in Washington. Nixon ordered the CIA to topple Allende. He told CIA director Richard Helms he was “not concerned with the risks involved” and to “make the economy scream” and “put the best men we have” on overthrowing Allende. On September 11, 1973 U.S. efforts succeeded. A military coup led by Gen. Augusto Pinochet seized power. Allende and democracy in Chile died. 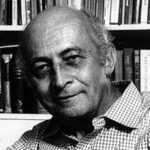 Samuel Chavkin was a journalist specializing in foreign affairs. He was a news correspondent throughout Latin America. For a number of years he was associate editor of the radio news division of the United Nations. He was a keen observer of Chilean politics and author of Storm over Chile. He died in 1994.