Civil Resistance in the 21st Century

The success and failure rates of civil resistance movements might seem like something studied at the U.S. Army War College. But social scientists and political activists always want to know why some tactics work, and some don’t. Boycotts, street protests, armed conflict, nonviolent and non-cooperation tactics, we’re seeing myriad forms of resistance as governments place greater restraints on freedom everywhere. But to what effect? Today we can measure our clicks, our quirks, and consumer trends at all levels of the economy. So why not look at resistance movements’ metrics of success? Whether Velvet Revolutions in Czechoslovakia and Armenia, the overthrow of the Shah of Iran, or the recent failed attempt to overthrow U.S. Presidential election results, the timing, the tactics, the strategy, and the nature of the political opponent are all key factors. 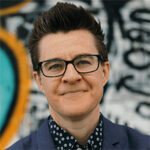 Erica Chenoweth teaches Human Rights and International Affairs at Harvard Kennedy School where she directs the Nonviolent Action Lab at the Carr Center for Human Rights Policy. She is the author of Civil Resistance: What Everyone Needs to Know.

3 reviews for Civil Resistance in the 21st Century