Humanitarian intervention is always cloaked in altruism. Noam Chomsky says, “Almost every aggressive act by any great power is justified on humanitarian grounds.” Helping people who are suffering is laudable but injecting military force can lead to even worse outcomes. Libya is a perfect example of what can go wrong. The specter of atrocities was raised. A U.S., U.K., France and Canada bombing campaign ensued. The attacks destroyed most of Libya’s infrastructure and killed thousands, leaving the country, Chomsky adds, “in the hands of warring militias.” In addition, there has been a flow of arms and jihadis into West Africa and the Middle East, which has become the major source of radical terrorism in the world – largely a consequence of so-called humanitarian intervention in Libya.” We should be very leery when this doctrine is invoked as a justification for intervention. 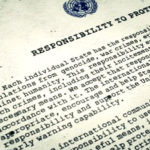 Michael Chertoff was former Secretary of Homeland Security during the presidency of George W. Bush and co-author of the USA Patriot Act. 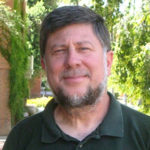 David Gibbs is Professor of History at the University of Arizona. He has published widely on international affairs. He is the author of First Do No Harm.

1 review for Debate on Humanitarian Intervention