The upheaval and regime change in Russia in 1917 “shook the world” in the words of journalist John Reed. In place of the feudal czarist monarchy came radical revolutionaries. A civil war ensued pitting former regime elements against the communists. In addition, a number of countries, including the U.S., Britain and France didn’t like what they saw and heard from Lenin, Trotsky and the other Bolshevik leaders. They invaded Russia in an attempt to destroy the revolution and bring back the old order. Churchill said the Russian Revolution must be “strangled in its cradle.” They didn’t succeed. A few years after Lenin’s death in 1924, Stalin takes over the country. His rivals are sent into exile, jailed or killed. The dictatorship calcifies. In 1991 the Soviet Union ends. The centenary of the revolution has sparked renewed interest in its history. 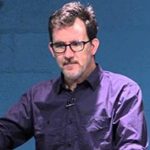