The Poetry of Maria de Zayas

Maria de Zayas is Spain’s first feminist poet and novelist. Her work had a wide influence and impact. This program features readings in Spanish and English as well as commentary from  Prof. Yvonne Barrett of the University of Colorado at Boulder.

Part of David Barsamian’s Pyrenees to the Andes series funded by the Colorado Endowment for the Humanities. 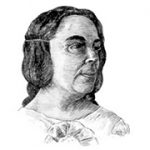 María de Zayas y Sotomayor (1590–1661) wrote during Spain’s Golden Age of literature. She is considered by many critics as one of the pioneers of modern literary feminism. The female characters in de Zayas’ stories were used as vehicles to enlighten readers about the plight of women in Spanish society.