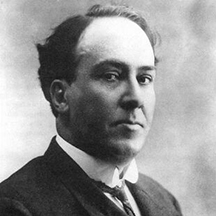 The Poetry of Antonio Machado

Features Machado’s poetry read in Spanish and in English translation as well as music and commentary. Produced by David Barsamian as part of his “Pyrenees to the Andes” series on the poetry of Spain and Latin America.

Antonio Machado (1875-1939) was a Spanish poet and one of the leading figures of the Spanish literary movement known as the Generation of ’98.