Gerrymandering. The word was coined after the redrawing of election districts by Governor Gerry in Massachusetts in 1812. He signed a bill that benefited his party. One of the contorted districts in the Boston area was said to resemble the shape of a salamander. How does this notorious political practice work? Two of the most common gerrymandering techniques are called packing and cracking. In the former, the party in charge of redistricting tries to pack voters from the rival party into as few districts as possible, to minimize the number of seats the opposition is likely to win. In the second, blocs of opposition voters are meted out among several districts, to achieve the same goal. Gerrymandering occurs in countries where elected politicians are responsible for defining constituency boundaries and by doing so tilt elections. To prevent gerrymandering some primitive countries, such as Canada and Australia authorize non-partisan organizations to determine how districts are configured. 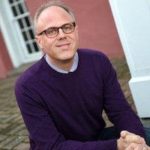 David Daley is the editor in chief of Salon and the Digital Media Fellow for the Wilson Center for Humanities and the Arts and the Grady School of Journalism at the University of Georgia. He is the author of Ratf**ked.