The Justice System’s War on Kids

The juvenile justice system is off the rails. It is in urgent need of reform. The U.S. incarcerates roughly 2 million children every year, even though 95 percent of them have not been convicted of a violent crime. Too many of them are held in adult facilities. The systemic problems range from racism to brutality and extreme sentencing. Thousands of kids, many of them suffering from trauma come of age behind bars. Two-thirds of them have mental health issues. They are subject to physical and sexual assault. Children are up to 36 times more likely to commit suicide after being housed in an adult jail or prison than children incarcerated in juvenile facilities. The Equal Justice Initiative says confinement of children in adult facilities is indefensible, cruel and unusual punishment and should be banned. 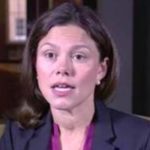 Cara Drinan, Professor of Law at Catholic University, is a recognized expert on juvenile sentencing and criminal justice reform. She is the author of The War on Kids: How American Juvenile Justice Lost Its Way

2 reviews for The Justice System’s War on Kids