Democracy as theory is celebrated and triumphant. Yet democracy as practice is anemic. Citizen participation is low. Voting continues to decline. Corporations wield tremendous economic and political power. Ordinary people are relegated to the sidelines. The two political parties have some differences but Clinton and others before him have basically turned the Democrats into Republican-lite. But on one thing they are unanimous. And that is lining up for financial contributions from the wealthy. The practice of one dollar, one vote threatens to transform democracy into cashocracy. So-called campaign finance reform laws are passed but the fat cats always find loopholes around them. 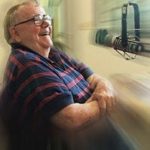 Ronnie Dugger, a long-time journalist and activist, was instrumental in establishing the Alliance for Democracy. He was the founding editor of the Texas Observer and author of books on Lyndon Johnson and Ronald Reagan.

Be the first to review “Reclaiming Democracy” Cancel reply