What's Going on in Canada?

What’s going on in Canada? Justin Bieber? Snow? Hockey? Since 2006, the vast country of 35 million people has been led by Stephen Harper. He is the prime minister and head of the Conservative Party. Earlier in his political career, he was a Member of Parliament representing Calgary in Alberta province. To say Harper has close ties with Canada’s powerful oil and mining interests would be an understatement. He is a fervent advocate of the tar sands project in Alberta and has aggressively backed its expansion. Scientists such as James Hansen call the extraction of this particularly dirty oil a “monster” and “game over” for stabilizing the climate. Harper is strongly backing the construction of the Keystone XL pipeline from Alberta to the U.S. Gulf Coast. That project, opposed by many in the U.S., is on Obama’s desk right now. Interviewed by David Barsamian.

Canadian Prime Minister Justin Trudeau has a contradictory record when it comes to the climate crisis. On one hand, he declared a “national climate emergency.” On the other hand, he plucked down more than $4 billion in public money to buy TMX, the Trans Mountain pipeline which will carry dirty tar sands oil. James Hansen, the renowned U.S. scientist warns, "Oil from tar sands makes sense only for a small number of people who are making a lot of money from it. It doesn't make sense for the rest of the people on the planet. We are getting close to the dangerous level of carbon in the atmosphere and if we add on to that unconventional fossil fuels,” i.e., tar sands oil, “which have a tremendous amount of carbon, then the climate problem becomes unsolvable." TMX is being resisted by various grassroots groups across Canada.

Mordor is the realm of the evil Sauron in The Lord of the Rings. Tolkien describes it as “a barren wasteland, riddled with fire and ash and dust, the very air you breathe is a poisonous fume." If you look at Canada’s Alberta tar sands you might imagine it’s something like Mordor. The gigantic effort to extract oil has turned the province into a hydrocarbon kingdom. And it may be one of the most environmentally destructive projects on earth. Tar sands burn more carbon than conventional oil; destroy forests; kill wildlife; poison the water supply and communities downstream; drain the Athabasca, the river that feeds Canada’s largest watershed, and contribute to climate change. The Keystone XL pipeline from Alberta to refineries in the U.S. has been put on hold because of protests but it is likely to resurface. Interview by David Barsamian. Recorded at CJSW.

Yves Engler has been called “one of the most important voices on the Canadian Left today” and “in the mould of I.F. Stone.” He is the author of many books including Lester Pearson’s Peacekeeping: The Truth May Hurt, The Black Book of Canadian Foreign Policy, Canada Israel: Building Apartheid and The Ugly Canadian: Stephen Harper’s Foreign Policy. 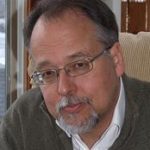 Be the first to review “CANADA 3-Pack” Cancel reply