Current events are routinely packaged by spin doctors and image consultants. The U.S. has the largest public relations industry in the world. It is a major societal force in influencing and shaping public opinion. The number of PR workers far exceeds that of journalists. Professional spinmeisters churn out stories that are favorable to the corporations that hire them. These stories are then leaked into the media acquifer and turn up on TV, radio, newspapers and magazines. 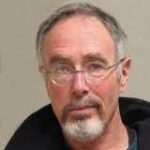 Stuart Ewen is professor of media studies at Hunter College. His book All Consuming Images was the basis for the award-winning PBS series “The Public Mind.” He is also the author of PR! A Social History of Spin.