A Defense of Poetry

A great practitioner, publisher and defender of poetry was Lawrence Ferlinghetti. He passed away just shy of his 102nd birthday earlier this year. Born in Yonkers, New York in 1919, his education was paused for World War II and Atlantic and Pacific tours in the U.S. Navy. He witnessed firsthand the ruins of Nagasaki after the atomic bombing in 1945. He became a committed voice for peace and social justice. Ferlinghetti co-founded the country’s first all-paperback bookstore, City Lights Books in San Francisco in 1955. Bay area poets Kenneth Patchen and Kenneth Rexroth, then Denise Levertov and Allen Ginsberg appeared under the City Lights imprint. The small press got national attention when Ferlinghetti and his partner were arrested on obscenity charges for publishing Ginsberg’s poem Howl. The People of the State of California v. Lawrence Ferlinghetti proved an important victory for freedom of expression over censorship laws. Ferlinghetti had anarchist leanings. He remained politically committed through his art, and to liberation movements in Latin America especially.

If you’d ask most people, they’d rather stay at home and watch a Seinfeld rerun than go to a poetry reading. Yet almost imperceptibly poetry enriches our lives and generates cultural growth and change. Think about it. Add up all the myriad poetry-related activities: readings, workshops, symposia, retreats, undergraduate and MFA programs at universities, books, zines, websites, spoken word recordings, then throw in lyric writing for theater and the multi-billion dollar music industry. A nation’s general well being, its artistic richness and diversity and how it sees itself is refracted through the critical eyes of poets. As T.S. Eliot said, “Only those who will risk going too far can possibly find out how far one can go.” Raising hell, pushing boundaries, making the powerful uncomfortable and creating beauty are all part of the poet’s repertoire.

Pablo Neruda of Chile, 1904-1973, won the Nobel Prize in 1971. Jorge Edwards, a Chilean writer, discusses Neruda's vast literary output. Edwards, who knew Neruda, describes how his work evolved from early romantic poetry to, after the Spanish Civil War, radical and political. Edwards has great insight into Neruda and the nuances and textures of his poetry ranging from Spain in My Heart to The Heights of Macchu Picchu. His influence was felt throughout Latin America. Colombian writer Gabriel Garcia Marquez called Neruda "the greatest poet of the 20th century in any language." Interview by David Barsamian. Recorded at KGNU. 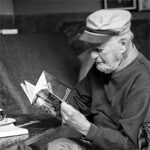 Lawrence Ferlinghetti – poet, publisher and defender of freedom of expression passed away in February 2021 at the age of 101. The bibliography of his published work is extensive. It includes A Coney Island of the Mind, A Far Rockaway of the Heart, and Poetry as Insurgent Art. 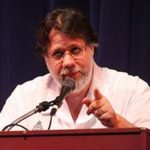 Martin Espada is a leading poet. His collection Imagine the Angels of Bread won the American Book Award. He is the recipient of the National Hispanic Cultural Center Award. A former tenant lawyer, he teaches in the Department of English at the University of Massachusetts at Amherst. He is the author of Zapata’s Disciple, A Mayan Astronomer in Hell’s Kitchen, The Trouble Ball and Alabanza.

Jorge Edwards is a Chilean novelist and journalist. During the presidency of Salvador Allende, Edwards reopened the Chilean embassy in Cuba. But only three months later, the government of Fidel Castro declared him persona non grata. From this episode he wrote, perhaps, his most famous work, Persona non grata. In 1994, Edwards was appointed as Chile’s ambassador to UNESCO. In 2008 his novel La Casa de Dostoievsky won the prestigious Premio Iberoamericano Planeta-Casa de America Prize.

Be the first to review “Poetry 3-Pack” Cancel reply