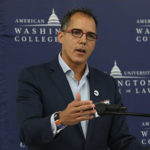 1 review for Crime and Punishment in Black America