M.I.A. or Mythmaking in America

A persistent right-wing myth for decades after the U.S. left Vietnam was that some soldiers were left behind and that treacherous politicians in Washington were doing nothing about it. The phantom captives were designated as MIA: missing in action. There was no evidence to support the claim but it helped to demonize the Vietnamese and prevented normalization of relations for many years. Even today one occasionally sees the black M.I.A. flag. Some myths die hard. 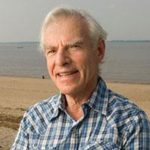 Bruce Franklin is an award-winning cultural historian. He teaches at Rutgers University in Newark. He is the author of many books including The Wake of the Gods: Melville’s Mythology, War Stars: The Superweapon and the American Imagination and M.I.A. Or Mythmaking in America.

1 review for M.I.A. or Mythmaking in America