Large parts of the Middle East today are engulfed in violence. Why? What historical factors shape the current conflicts? Take Iraq for example, a country in chaos. The U.S. has been intervening in Iraq non-stop for decades. What has it produced? Sectarianism and strife. Death and destruction. Actual U.S. policy in the Middle East is buried in a blizzard of propaganda about democracy and human rights while in practice Washington backs feudal and repressive regimes like Saudi Arabia, Kuwait, Bahrain and the Emirates as well as dictatorships like Egypt. Justification for U.S. military bases, invasions and occupations are cloaked in the garb of altruism and noble intent. It’s always been that way for imperial powers. A moronic media never questions Washington’s self-professed motives. Thus, most people are ignorant about what is going on. It doesn’t have to be that way. 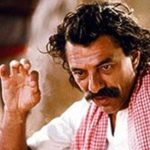 Chris Giannou was chief surgeon for the International Committee of the Red Cross. He has worked in many war zones. He is the author of Besieged: A Doctor’s Story of Life & Death in Beirut. He is a recipient of the Order of Canada.

2 reviews for Understanding the Middle East