The Dream of Revolution

In some ways Dr. Martin Luther King, Jr. was murdered twice. First by an assassin’s bullet in Memphis and then by killing his revolutionary message. Today, King is largely remembered with special holiday sales. His vision of radical revolution muted. He posed a special threat to the power structure. It was one thing to demand desegregation of lunch counters and quite another when in his Beyond Vietnam speech he called for:

“a radical redistribution of economic and
political power . . . a revolution of values . . . We must see now that the evils of racism, economic exploitation and militarism are all tied together. . . The whole structure of American life must be changed.”

Those words in 1967 resonate today. The dream of revolution, of creating a society based on equality and justice lives on. 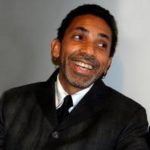 Robin Kelley, professor of history at UCLA is an award-winning author. Among his many books are Race Rebels: Culture, Politics and the Black Working Class, Yo’ Mama’s DisFunktional, Thelonious Monk: The Life and Times of an American Original and Africa Speaks, America Answers: Modern Jazz in Revolutionary Times.

Be the first to review “The Dream of Revolution” Cancel reply