The logic of global capitalism is destroying the planet. It puts profits over the welfare of people and excessive production over ecological sustainability. Massive protests against powerful institutions like the World Bank, the International Monetary Fund, and the World Trade Organization as well as so-called free trade deals draw in more and more people who believe that it is time for a different model that is sensitive to humans needs and the environment. How might we move beyond capitalism to a deeper understanding of how commodification and commercialism affect relationships both between people and nature? 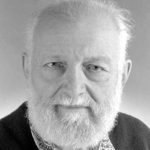 Ecologist Richard Levins was the John Rock Professor of Population Sciences at the Harvard School of Public Health and co-author, with Richard Lewontin, of The Dialectical Biologist. He passed away in 2016.

5 reviews for Ecology of Capitalism