Sufism in the West

This program is a general introduction to Sufi theory and practice. Idries Shah, a leading Sufi guide says, “Sufism is not a religion. It is a system of knowledge.” An old teaching from the Middle East has applicability in the West. Leonard Lewin, a subtle and senior student of Sufism who explains its basic ideas without being pedantic. “The concepts themselves,” he says, “are timeless.” Techniques such as analogy allow for the breaking through conditioned responses and reflexes. Many of these are embodied in teaching stories. He reads and discusses “The Tale of the Sands” story from Idries Shah’s book Tales of the Dervishes and Rumi’s classic “Elephant in the Dark” story. Metaphors such as blindness and sleeping, seeing and wakefulness are deployed to illustrate certain ideas. To change consciousness one must “die before you die.”

Produced and hosted by David Barsamian as part of his Ganges to the Nile series on KGNU. 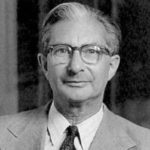 Leonard Lewin taught electrical engineering at the University of Colorado for many years. He studied Sufism with the renowned teacher Idries Shah. He is the editor of The Elephant in the Dark and The Diffusion of Sufi Ideas in the West. He passed away in 2007.

Be the first to review “Sufism in the West” Cancel reply