Communities across the country, trying to stop a wide range of threats and unwanted projects such as gas drilling and fracking, mining, pipelines, factory farming, sewage sludging, landfills, coal shipments and GMOs, all run into the same problem: they don’t have the legal authority to say “no” to them. With their high priced lawyers and huge political influence corporadoes shape the law. That may be changing. A recent court ruling in Pennsylvania says that corporations are not “persons.” They cannot elevate their “private rights” above the rights of people. Others can’t wait for the legal system to catch up. Sandra Steingraber, noted biologist and scholar, shortly after appearing on Bill Moyers and on Alternative Radio, has gone to jail. In an act of civil disobedience, Steingraber and others blocked the entrance to a natural gas storage facility in the pristine Seneca Lakes region of upstate New York. 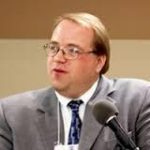 5 reviews for Corporations, Communities & the Environment