Eugene de Kock was the white police colonel who commanded death squads that killed political opponents of the ruling National Party in South Africa over a ten-year period beginning in the early 1980s. Nicknamed Prime Evil, de Kock was sentenced to 212 years in prison for his crimes. In 2015 he was paroled. Marcia Khoza had lost her mother and father to the murderous de Kock. She visited the prison where he was held and met with him, as had other victims of his gross human rights abuses. These can be very delicate moments. Can the substance of these encounters be applied to healing the society as a whole? Are violently damaged and broken societies capable of what is called empathic repair? 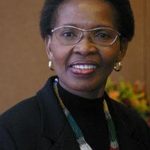 Pumla Gobodo-Madikizela, PhD, is Senior Research Professor in trauma, forgiveness and reconciliation at the University of the Free State, South Africa. She served on the Truth and Reconciliation Commission’s Human Rights Violations Committee. She works to transform the aftermath of mass trauma and violence. Gobodo-Madikizela is the author of numerous articles and books, including the award-winning A Human Being Died that Night: A South African Story of Forgiveness.

Be the first to review “Forgiving the Unforgivable” Cancel reply