We all almost automatically think of ourselves as somehow evolved and enlightened and free from bias. Hey, I look at someone and judge that person on the merits of his or her character. Race, class, gender, age, sexual orientation, geographical origin, accent don’t factor in at all. We might be kidding ourselves to think we are free from prejudice. Cognitive shortcuts, based on negative stereotypes, can cause problems when we are unaware of them and can lead to wrong decisions and discriminatory practices. Take for example the world’s 1.5 billion Muslims. All the same? Hardly. But the media are not into subtleties. They need simple descriptions. Muslims are like this. Islam is like that. Bias tends to be deep and requires work to identify and root out. Recognition is the first step in eliminating bias. 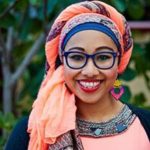 Yassmin Abdel-Magied is a leading voice for recognizing bias and resisting cultural appropriation. She was born in Sudan and grew up in Australia where she trained as a mechanical engineer. She now works as an engineering specialist on oil and gas rigs as well as heading up Youth Without Borders, the organization she founded to enable young people to work for positive change in their communities. She was named 2015 Queensland Young Australian of the Year. She is the author of Yassmin’s Story.

Be the first to review “Recognizing Bias” Cancel reply