For almost five decades the United States spent trillions of dollars in waging the Cold War. It is now apparent that that effort has created serious structural problems and distortions. While U.S. industry can produce Stealth bombers, it can no longer manufacture cameras, VCRs, TVs and many other consumer items. Pentagon-driven priorities have drained and weakened the economy thus compromising America’s ability to compete effectively in the world market. How to transform the military economy? What is conversion and how will it work? Lecture. Interview by David Barsamian. 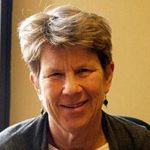 Ann Markusen is a specialist in economic conversion. She is Professor of Urban Planning and Policy Development and Director of the Project on Regional and Industrial Economics at Rutgers University. She is author of The Rise of the Gunbelt and co-author of Dismantling the Cold War Economy. She was an adviser to the Clinton campaign and attended the Economic Summit in Little Rock in December, 1992.