Is the U.S. an Imperialist Nation?

Imperialism derives from the Latin, imperium, which means to rule over large territories. Historically it has taken many shapes and forms. From the Assyrians to the Greeks to the British one constant is that the imperial state denies it is imperial. It finds a set of euphemisms to obscure its intentions. Often the conquest of another country is cloaked in humanitarian rhetoric. Women are being abused, we must save them. Children are being exploited, we must rescue them. Another rationale is to defeat an unmitigated evil. A propaganda system ensures that the population of the aggressor state is bombarded with messages that make them feel good about what their armies are doing. The propaganda exaggerates and lies about the dangers posed by the country being attacked. Ancient history? Hardly. Think of the U.S. invasion of Iraq and weapons of mass destruction. 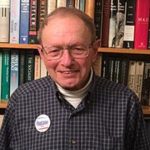 Tom Mayer is a scholar activist. He taught sociology for forty years at the University of Colorado at Boulder.  He is the author Analytical Marxism. He has written numerous articles in academic and political journals and in newspapers. He is the recipient of the Lifetime Achievement Award from the Rocky Mountain Peace and Justice Center.

1 review for Is the U.S. an Imperialist Nation?