Dollarocracy: a system of government where private wealth determines political outcomes. Sound at all familiar? The corruption bred by boatloads of cash contaminates and pollutes our entire political process. So-called reforms won’t cure the ailment. Radical surgery is required. Dr. Martin Luther King, Jr. understood this well when he counseled, “Timid supplications for justice will not solve the problem. We’ve got to massively confront the power structure.” Washington is Lobbystan. The thousands of influence peddlers pretty much get what they want for their paymasters. Elections matter little. That’s because, as McChesney and Nichols say, “Powerful interests—freed to, in effect, buy elections, set the rules of engagement. Those interests so dominate politics that the squabbling of Democrats and Republicans, liberals and conservatives, is a sideshow to the great theater of plutocracy and plunder.” Democracy has been sold down the river.

Robert McChesney teaches at the University of Illinois at Urbana-Champaign. He is the author of many books including Digital Disconnect. He is co-author with John Nichols of Dollarocracy. He is the co-founder of Free Press, a national media reform organization. The Utne Reader listed him among its “50 visionaries who are changing the world.” 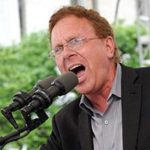 John Nichols is Washington correspondent for The Nation. A contributing writer for The Progressive, he is also the associate editor of the Capital Times, the daily newspaper in Madison, Wisconsin. He is co-author with Robert McChesney of Dollarocracy. Gore Vidal said of him: “Of all the giant slayers now afoot in the great American desert John Nichols’s sword is the sharpest.”

Be the first to review “Dollarocracy” Cancel reply