The U.S. has deeply penetrated the Islamic world. And it’s not only Angelina Jolie movies, Britney Spears videos, McDonald’s and Kentucky Fried Chicken. American military bases and many thousands of troops straddle Muslim countries from Central Asia to the Middle East. And it’s no coincidence. Most of the world’s oil is in these regions. It is oil and the control of oil that fuels the U.S. drive for global hegemony. The U.S. presence, sometimes seen as intrusive and even disrespectful, has unsettled many Muslims. It has ignited resentment and many conflicting currents on important issues such as culture and religion. 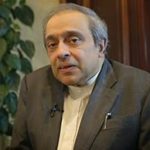 Chandra Muzaffar is one of Malaysia’s most prominent human rights activists. He is president of the International Movement for a Just World. He is the author of many books including Human Rights & the New World Order and Muslims, Dialogue, Terror.

Be the first to review “Empire, Globalization & Religion” Cancel reply