Vietnam never really goes away and one should never forget Laos and Cambodia. It’s a huge stain on the American conscience. The Vietnamese were reduced to gooks and dinks who lived in hooches in Indian country. They were herded into strategic hamlets. Their lands were turned into free-fire zones and carpet bombed. They were subjected to chemical warfare. To this day there are birth defects because of the spraying of the dioxin-laden Agent Orange over the Vietnamese countryside. In late August 2009, a rather extraordinary event happens. William Calley, the only American Army officer convicted in the massacre of Vietnamese civilians at My Lai, said, “There is not a day that goes by that I do not feel remorse for what happened that day in My Lai. I feel remorse for the Vietnamese who were killed, for their families, for the American soldiers involved and their families. I am very sorry.” 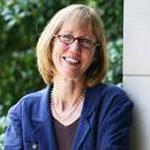 Deborah Nelson, winner of the Pulitzer Prize, is professor of journalism at the University of Maryland. She was previously an investigative reporter at the Los Angeles Times, Washington Post, Seattle Times, and Chicago Sun-Times. She is the author of The War Behind Me: Vietnam Veterans Confront the Truth about U.S. War Crimes.

Be the first to review “Vietnam: War Crimes” Cancel reply