The feminist movement, in its various forms, posed a genuine challenge to patriarchy, male domination. Privilege among most men was seen as a right, the way things were. Within the feminist movement there were different currents and tendencies. Its accomplishments were myriad but there is still much work to be done. Misogyny, hostility, sexual commodification, harassment and violence against women persist. There is still a gender wage gap. Women working full time in nearly every single occupation earn only 80% of what men do. Gender categories and sexual orientations and the stereotypes embedded in them have undergone a radical shift in recent years. Feminism and the women’s movement are still seen as a threat by some, particularly among more conservative religious minded people. Tearing down the old ways of thinking and behavior sometimes leads to confusion, tension and cultural conflict. 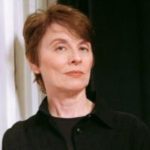 Camille Paglia is the University Professor of Humanities and Media Studies at the University of the Arts in Philadelphia. She is a regular contributor to Salon.com and the author of Glittering Images, Break, Blow, Burn, Sexual Personae, Sex, Art, and American Culture, Vamps & Tramps and Free Women, Free Men.