Traditionally, the main reasons for the migration of people have been war, persecution, and poverty. But in coming decades, they will be eclipsed by a wave of climate-change refugees. There will be drought. Farmers will be forced out of rural areas because of crop failure and wildfires. Food prices will skyrocket. Conflicts, already erupting, will increase. The UN Intergovernmental Panel on Climate Change predicts sea levels will rise as high as two feet, 60 centimeters, by 2100, putting vast areas under water. Consider the following projections: Climate change will displace up to 200 million people by 2050. Almost 10 percent of the world’s population is at risk of displacement by 2100. Planetary well being is subordinated to capitalism, hell bent on profits. The pressure for action has to come from heat in the streets, people power. 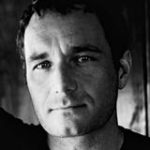 Christian Parenti teaches at the New College in San Francisco. His articles appear in The Nation, The Progressive and The Christian Science Monitor. He is the author of Lockdown America.