Whistleblowers perform valuable societal functions as they reveal information of crimes, corruption, and lying. Daniel Ellsberg was a noteworthy example of whistleblowing when, in 1971, he leaked the Pentagon Papers, Washington’s top secret Vietnam war documents. John Stockwell and Phillip Agee were former CIA agents who went public and exposed some of that agency’s illegal operations. Remember the film The Insider with Russell Crowe? It told the tale of Jeffrey Wigand. He was the Brown and Williamson corporate executive who blew the whistle on that tobacco company’s deceptive practices in suppressing scientific evidence that cigarettes cause cancer. Today, whoever gave Wikileaks the massive trove of government documents faces harsh punishment. Powerful states and corporations want to keep the lid on what the public knows about what they are doing. 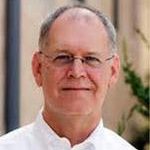 Wendell Potter is a whistleblower. Wendell Potter was a former CIGNA public relations executive. He is now an outspoken critic of the health insurance industry. He is Senior Fellow on Health Care for the Center for Media and Democracy. He is the author of Deadly Spin: An Insurance Company Insider Speaks Out on How Corporate PR Is Killing Health Care and Deceiving Americans.

Be the first to review “Whistleblowing: Big Insurance” Cancel reply