East Timor, Indonesia and the U.S

East Timor is an island east of the fabled Bali and north of Australia. It was invaded by Indonesia in 1975. The ensuing occupation has resulted in the greatest proportional genocide since the Holocaust. The U.S. was a long-time ally of the Suharto-led Indonesian dictatorship. The East Timorese, with increasing international support, are continuing their struggle for self- determination.

Introduction by Allan Nairn. Recorded at the New School. 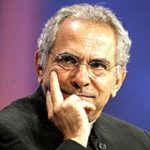 Jose Ramos-Horta is co-winner of the 1996 Nobel Peace Prize. He was a major figure of the East Timorese resistance movement against Indonesia. He was a founder of the Revolutionary Front for an Independent East Timor (FRETLIN). After independence, he became foreign minister and then prime minister. He served as president from 2007-20123. He is currently a UN Special Representative to Guinea-Bissau.

Be the first to review “East Timor, Indonesia and the U.S” Cancel reply