Saudi Arabia is a quixotic ally of the U.S., to say the least. Fifteen of the nineteen 9/11 hijackers were from the desert kingdom. In the wake of the attack, the U.S. flew Saudi elites out of the country and then preceded to invade Afghanistan, through no Afghans were involved in 9/11. You figure it out. Saudi Arabia has supported extremist jihadi groups from Pakistan to Syria. In the 1980s it bankrolled the mujahideen in Afghanistan who later morphed into the Taliban. When the latter seized power in the 1990s, Saudi Arabia was quick to recognize the new rulers in Kabul. Torture, hangings and an atrocious human rights record has required Washington to engage in verbal acrobatics to justify its backing of the oil-rich Riyadh regime. Saudi Arabia is a feudal and closed system. How long can it last? Interview by David Barsamian. 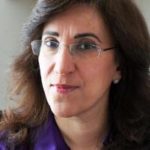 Madawi Al-Rasheed is a leading scholar on Saudi Arabia, and a Visiting Professor at the Middle East Center at the London School of Economics. She was Professor of Anthropology and Religion at King’s College, London, between 1994 and 2013. She is the author of A History of Saudi Arabia, Muted Modernists: The Struggle over Divine Politics in Saudi Arabia and A Most Masculine State.