This program covers such key topics as the evolution of media in the U.S.; global economics; “big government,” the private sector and more. Schiller says information, over the past few decades, has become a commodity. He says, “Today, more and more information is organized in privately-owned databases. And to be able to even get at these databases, you have to pay. So that information has increasingly been moved out of what you would call the public domain arena into a privately controlled and appropriated ‘good for sale.’ That’s what I mean when I say information has become a commodity. As soon as something becomes a commodity, it becomes inevitable that it’s going to bring with it inequality.” 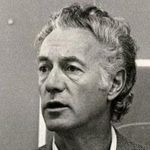 Herbert Schiller was a noted authority on communications policy and media. He founded the communications department at the University of California at San Diego. He was the author of many books, including Culture, Inc.: The Corporate Takeover of Public Expression and Information Inequality. He passed away in January 2000.

Be the first to review “Information Inequality” Cancel reply