Black Panther is a blockbuster superhero film based on the Marvel Comics character. But back in the 1960s the Black Panther Party represented an African-American political and social welfare organization. Why the name? As Huey Newton, one of its leaders said, because the black panther doesn’t strike first, “but if the aggressor strikes first, then he’ll attack.” It was formed to challenge police brutality against African Americans. Dressed in black berets and black leather jackets, the Black Panthers organized armed citizen patrols in Oakland and elsewhere. At its peak in 1968, the Party had roughly several thousand members and branches all over the U.S. The organization later declined as a result of internal tensions and police and FBI counterintelligence activities including infiltration and assassinations. By the late 70s it was basically defunct. However, its memory continues to inspire today. 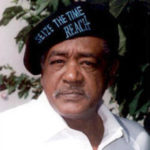 1 review for The Real Black Panther