Iran, a country of 80 million people, strategically straddles West and South Asia. Iran dramatically left the U.S. orbit in 1979 when the Shah was overthrown and the Islamic Republic was established. The “loss” of Iran was a major blow to Washington’s policy of dominating the Middle East and controlling its oil. Pretty much, ever since, the countries have been at loggerheads. The nuclear deal of 2015 was a breakthrough. However, there is a new sheriff in town and the rhetoric coming from the White House is belligerent. The President has tweeted, “Iran is playing with fire. They don’t appreciate how ‘kind’ President Obama was to them. Not me!”  Calling Iran, “the number one terror state,” he put it on the travel ban list. What’s going on inside Iran is largely unknown. Most media reports omit context and background. 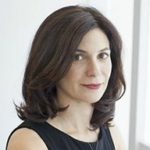