The Politics of Hate

There is a stench in the air. Hate is out in the open. The number of hate crimes has dramatically escalated in the last couple of years. Recall Dylann Roof who killed nine in an African-American church in South Carolina or Gregory Bush who murdered two black shoppers in a grocery store in Kentucky. The vitriol is spreading. The Anti-Defamation League reported a 57 percent increase in anti-Semitic incidents in 2017. It’s the largest increase since the ADL began keeping records. In Pittsburgh, a man stormed a synagogue killing 11 in the deadliest attack on Jews in U.S. history. The shooter, Robert Bowers, had ventilated his hatred on Gab, a social network platform for racists, white nationalists and neo-Nazis. Extremist groups are using technology at a time when a growing culture of hate is taking root, both online and off. 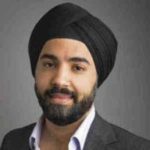 Arjun Singh Sethi is a community activist, civil rights lawyer and law professor based in Washington, DC. He works closely with Muslim, Arab, South Asian, and Sikh communities and advocates for racial justice, equity, and social change. His articles appear in The Guardian, Politico, USA Today, and the Washington Post. He holds faculty appointments at Georgetown University Law Center and Vanderbilt University Law School. He is the editor of American Hate: Survivors Speak Out. The book was nominated by NPR as a 2018 Great Read.

5 reviews for The Politics of Hate