This KGNU Hemispheres program begins with a reading of Etel Adnan’s evocative poem, “The Beirut Hell Express.” The Israelis, who invaded Lebanon on June 6, 1982, Shamma testifies, cut off water, medicine and food to Beirut and for five days, used her hospital as a military post. Later, on August 12th, Barbir was bombed and the 100-bed facility was reduced to an emergency room. According to her eyewitness account the Israelis destroyed four apartment buildings near her hospital, resulting in mass civilian casualties. The random shelling was deliberate, she says, in order to terrorize the population. Her first hand account is moving as she pleads, “ Don’t people see what’s happening? Don’t they see our children dying?” Interview by David Barsamian. 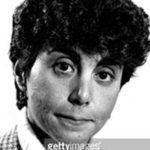 Amal Shamma was the head of pediatrics at Beirut’s Barbir Medical Center during the 1982 Israeli siege. A U.S. citizen, she was born in Lebanon.

Be the first to review “Beirut: 1982” Cancel reply