The Midnight Soldiers, according to Daniel Sheehan, are a secret team of former CIA agents, retired military officers, anti-Castro Cubans and others, with connections to the White House, who run guns, smuggle drugs, and carry out political assassinations.  The Midnight Soldiers network has airlines, airstrips, depots, bank accounts, and all the trappings of a major multinational corporation.  They are at the core of the Iran Contra scandal.  Daniel Sheehan is General Counsel of the Christic Institute, a public-interest group based in Washington, D.C.  The Christic Institute has brought suit in Florida District Court against 29 members of the secret team for violating federal racketeering statutes, international weapons and drug trafficking, and counter insurgency. 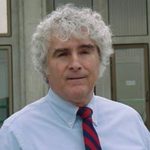 Daniel P. Sheehan is a constitutional and public interest lawyer, public speaker and educator. Over the last forty-five years he has participated in numerous legal cases of public interest, including the Pentagon Papers Case, the Watergate Break-In Case, the Silkwood Case, the Iran Contra Scandal and others. He established the Christic Institute and the Romero institute, two non-profit public policy centers. He has also spoken publicly about UFOs and alien visitation.

Be the first to review “The Midnight Soldiers” Cancel reply