While we are regaled with images of Mars, back here on Earth our planet and its people are in distress. The eco-crisis continues unabated. There are wars and the threats of wars. And, of course, the coronavirus. The pandemic has not only taken millions of lives it has revealed in graphic terms the acute inequalities between the haves and the have nots. Rapacious capitalism preys on insecurity. It creates a class of vulnerable people who are easily exploited. To secure a brighter, more equitable and just future a radical transformation of our economy and society is required. As Astra Taylor warns us we either “shift course or race off the cliff, taking” the future “down with us.”

The global health and economic crises are points of opportunity. Arundhati Roy, the great Indian intellectual and writer says, “Whatever it is, coronavirus has made the mighty kneel and brought the world to a halt like nothing else could. And in the midst of this terrible despair, it offers us a chance to rethink the doomsday machine we have built for ourselves. Nothing could be worse than a return to normality. Historically, pandemics have forced humans to break with the past and imagine their world anew. This one is no different. It is a portal, a gateway between one world and the next. We can choose to walk through it, dragging the carcasses of our prejudice and hatred, our avarice, our data banks and dead ideas, our dead rivers and smoky skies behind us. Or we can walk through lightly, with little luggage, ready to imagine another world. And ready to fight for it.”

Capitalism, the Pandemic & the Two-Party Monopoly

The pandemic has revealed a huge systemic failure in the ability of the U.S. to effectively attend to the well-being of millions of its citizens. World-class inequality has exacerbated the situation.  You don’t need a degree from MIT to figure out the score. The rich get the gold and most of the rest of us get the shaft. Once the dust settles post-pandemic there will be a lot less competition out there. Amazon, Walmart and a few other giants will be left with ear to ear grins and swollen bank accounts. Their wealth would make the robber barons of old swoon with envy. The capitalists love to pay lip service to competition but their real goal is total monopoly control. Politics? The same deal. Your choice is limited to two establishment parties. 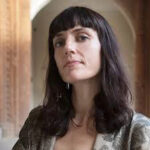 Astra Taylor is a documentary filmmaker, writer, and political organizer. She is the director of What is Democracy? She is co-founder of the Debt Collective, a union for debtors, and contributed the foreword to the group’s book, Can’t Pay, Won’t Pay: The Case for Economic Disobedience and Debt Abolition. She is the author of Democracy May Not Exist, But We’ll Miss It When It’s Gone, the American Book Award winning The People’s Platform: Taking Back Power and Culture in the Digital Age and Remake the World. 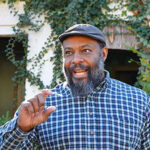 Be the first to review “Activism 3-Pack” Cancel reply