In her bestselling book, The New Jim Crow, Michelle Alexander says, the huge number of people behind bars in the U.S. is “due largely to the war on drugs which has been waged almost exclusively in poor communities of color even though studies have consistently shown for decades that contrary to popular belief, people of color are no more likely to use or sell illegal drugs than whites, but by waging this drug war almost exclusively in poor communities of color, we’ve now created a vast new racial under-caste.” There are more African-Americans in prison or “under watch” of the criminal justice system than were enslaved in the U.S. in 1850. Is justice impartial or a commodity for sale to the highest bidder? If you got money you can get the best lawyers and work the system. Indigent African-Americans have no such options. 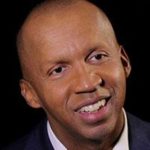 Bryan Stevenson is the founder and executive director of the Equal Justice Initiative in Montgomery, Alabama. He has gained acclaim for his work challenging the U.S. legal system’s biases against the incarcerated, the poor, and people of color.

Be the first to review “Justice for Some” Cancel reply