Why the 2020 Census Matters

How important is the 2020 census? Very. Its repercussions are profound. It’s about power and money. The census in theory should be neutral, an objective collection of data, but like almost everything else these days it is politically charged. The numbers determine representation in Congress and allocation of federal funds. The Census Bureau is part of the Department of Commerce. Every ten years it is mandated by the Constitution to count (“enumerate” is the exact word) the country’s population. In the 2020 census the Trump administration has added a question about citizenship. A concern is that the addition of such a question will discourage immigrants from filling out the form. The Constitution says nothing about a distinction between citizens and non-citizens. A court case in New York will soon rule on this critical issue. 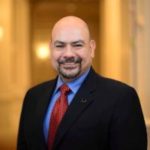 Arturo Vargas is a nationally recognized expert in Latino demographic trends, electoral participation, voting rights, redistricting and the Census. He serves as the Chief Executive Officer of NALEO, a national membership organization of Latino policymakers and their supporters. He has held various positions at the Mexican American Legal Defense and Educational Fund and he was the senior education policy analyst at the National Council of La Raza in Washington, D.C.